The best time to visit Malaga is all year around. Whether you arrive in spring, summer, fall, or winter, Malaga is always full of life. This amazing Southern Spanish city always has some exciting festivities to offer. We collected 6 of the most popular and culturally significant annual events to help you plan your next trip to Malaga!

Caution: on national holidays most stores and establishments are closed, and public transportation schedules can change. So make sure to do your shopping and run your errands before the official celebration starts!

The Malaga Carnival is a popular attraction both for tourists and locals. Spanish carnivals are held during the week leading up to Lent, as a preparation for the Christian celebration for Easter. So in February carnivals are common in Southern Spain, for instance in Cadiz, Seville, or Santa Cruz de Tenerife.

During the Carnival week, Malaga fills up with colorful, electrifying crowds. You can see shows and performances all week long. The date can change depending on Easter. In 2022, the carnival starts on February 26 and lasts until March 6. The program consists of parades, drag queen shows, and a lot more. There is also a “flower battle” where attendants can bathe in confetti and flower petals. And in general, the streets are filled with people in costumes. On every corner of the historic center, you can watch street performances of carnival musicians and dancers. The festival ends with the ceremonial burial of the anchovy or sardine on the beach. Make sure to check out the huge bonfire and the ceremonial burning of the statue.

Why is it the best time for you to visit Malaga?

If you would like to party and put on a fun costume during your holiday, and you don’t mind a little crowd, the best time to visit Malaga for you is the Carnival season!

Therefore, on the 28th of February, Malagueños also celebrate the autonomy of the Andalusian region. Fun fact: most Andalusians love their region ever more than their country! On this day you can see Andalusian flags, with green and white, flying high above the buildings and hanging from balconies.

If you want to join the festivity, the Andalusian Regional Day is celebrated across all Andalusian cities like Malaga, Seville, Granada, Cordóba, Antequera, etc. We recommend you taste some of the staples of Andalusian gastronomy. Malagueños are very proud of their Iberian ham from Andalusia, and for a good reason. You can also try the traditional Andalusian breakfast or desayuno andaluz. It usually consists of a slice of toast with a thin layer of olive oil and orange juice.

Why is it the best time for you to visit Malaga?

If you would like to learn more about the history and observe the pride Andalusians take in their autonomous region, we recommend you to visit Malaga around the 28th of February.

Cinema-lovers, this one is for you! The Malaga Film Festival, or Festival de Malaga in Spanish, is the annual film festival of the city. It was first hosted in 1998, so 2022 marks the 25th anniversary of the festival!

The festival’s main goal is to promote and appreciate Spanish cinema. So the screened movies are from Spain and Central and South America. During the festival, they release the most anticipated Spanish movies of the year, with numerous screenings a day. This year, there are altogether 150 films and 19 of them competing for the main prize. The Biznaga de Oro, a gold trophy resembling a jasmine flower, is awarded for the best film.

As you can imagine, the festival attracts huge crowds every year. If you simply cannot resist the smell of popcorn lingering on the streets, you must visit at least one of the cinemas in Malaga. We recommend the Cervantes Theatre, Albéniz Cinema, and the Echegaray Theatre. You can see the grand opening night of the festival at the Cervantes Theatre. You can also follow all the action on a huge screen in Plaza de la Constitution, including the award ceremonies and galas.

In 2022, the Malaga Film Festival starts on March 18 and ends on March 27, making it an 11-day movie festival. Naturally, most of the movies are in Spanish but you can find a few English entrances as well. You can get your ticket at the box office or online. At the box office, the average ticket price is €3.50, and online it is €4.40. Movies from the official selection cost around €6. There are also exhibitions in town during the festival, so make sure to check those out as well.

If you love movies and you don’t mind bumping into movies stars like Antonio Banderas on the street or in cafes, you cannot miss this. We recommend you plan your trip during the festival.

If you want to see the program of the 2022 Malaga Film Festival, click here. For ticket information, click here.

The Holy Week or Semana Santa is a very important traditional celebration. The Easter period is highly celebrated throughout Catholic Spain. Malaga is no different. Every year, Easter is one of the most eventful periods in Malaga.

Semana Santa starts with Palm Sunday, where the first parade takes place and passes the Tribune of the Poors. The longest parade takes place on Holy Monday. Here the Las Promesas brotherhood marches with the figure of Jesus the Captive. On Holy Tuesday, the Virgin of Sorrows or Virgen de las Penas is carried around the city on a throne covered with flowers from Malaga.

Holy Wednesday might be the most interesting tradition. In the 18th century, there wasn’t a parade so prisoners broke out to celebrate the occasion. Charles III decided to release a prisoner for good. Since then every year a prisoner is freed on this day.

Maundy Tuesday is the day of the Parade of Legionaries. We recommend you observe how the town’s various brotherhoods carry a heavy golden throne around the city on Good Friday. It is such an important tradition that people are willing to pay for the honor of carrying the throne on their shoulders! Finally, on Easter Sunday, the Resurrection parade takes place and with that, the Easter festivities end.

As the dates of Easter change every year, Semana Santa usually takes place between late March and early April. Therefore, in 2022, the Easter celebration will take place in Malaga between 10 and 17 of April.

Malaga is one of the top places to visit during Easter. There are plenty of activities and religious ceremonies taking place in the city. If you want to discover more about centuries-old traditions, and cultural and religious customs, this is clearly the best time to visit Malaga.

As Christopher Columbus discovered the Americas on October 12, 1492, Spain’s National Day is on 12 October. Therefore, this day celebrates the countries that were part of the Spanish empire and the influence the empire had. For this reason, Hispanic America, for example, also commemorates Día de la Hispanidad.

On this National Day, the Spanish flags fly high everywhere in town, and Malaga is covered in red and yellow. If you are in Malaga on October 12, you must attend the various parades, contests, and street performances where Spaniards celebrate their history and national identity. Also, if you are in Madrid, the famous Parade of the Armed Forces takes place every year. And don’t worry, even though the festivities take place in October, the fall weather in Malaga is still warm and pleasant.

If you want to see how proud Spaniards are of their history and heritage, and also try some traditional food, this is the best time for you to visit Malaga.

The Spanish Constitution Day or Día de la Constitución is an annual event, celebrated by the whole of Spain. After Francisco Franco died and his dictatorship ended, Spain needed a new constitution and a reformed government. On December 6, 1978, a referendum was held and in the end, the overwhelming majority ratified a new constitution.

As this day commemorates an important historical event and the restoration of democracy, the main focus of this holiday is the history of Spain. Spaniards consider this holiday as the start of the December holiday season, too. Usually, Spaniards have a long weekend to celebrate Spanish Constitution Day together with the Feast of Immaculate Conception, which takes place on December 8. Similar to the National Day of Spain, some museums offer free visits to encourage people to learn about Spanish history.

We recommend you to visit Malaga during the Spanish Constitution Day if you are passionate about Spanish history and culture. Also an unmissable day for museum-lovers.

If you want to learn more about the history of Andalusia and Malaga during your visit, we recommend you take part in our free walking tour! 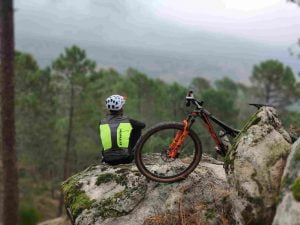 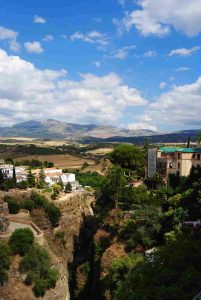 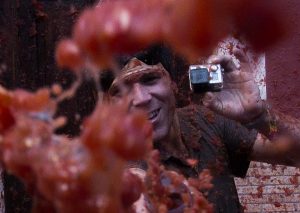 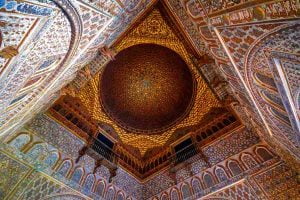 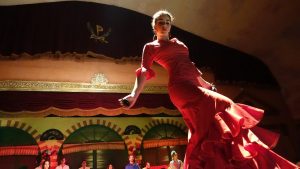 The richness of a Spanish Heritage: flamenco music 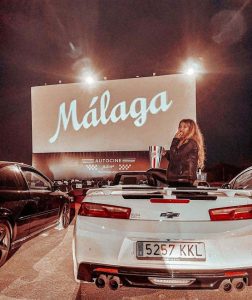 Drive in Cinema Malaga: An American time travel in Spain 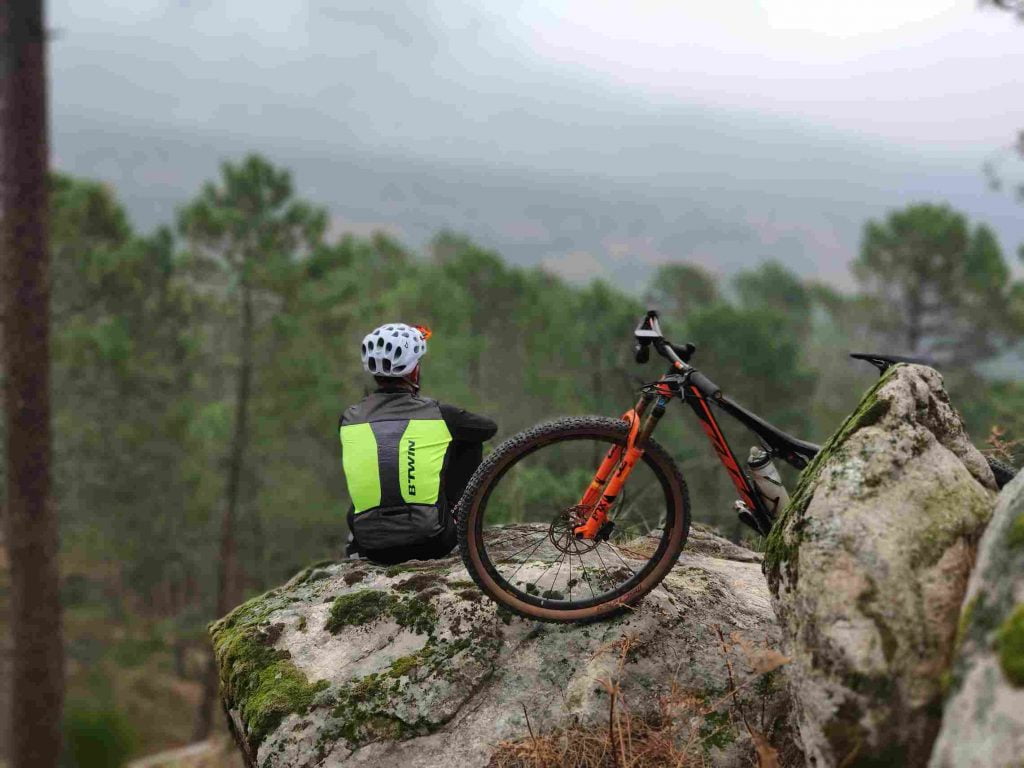 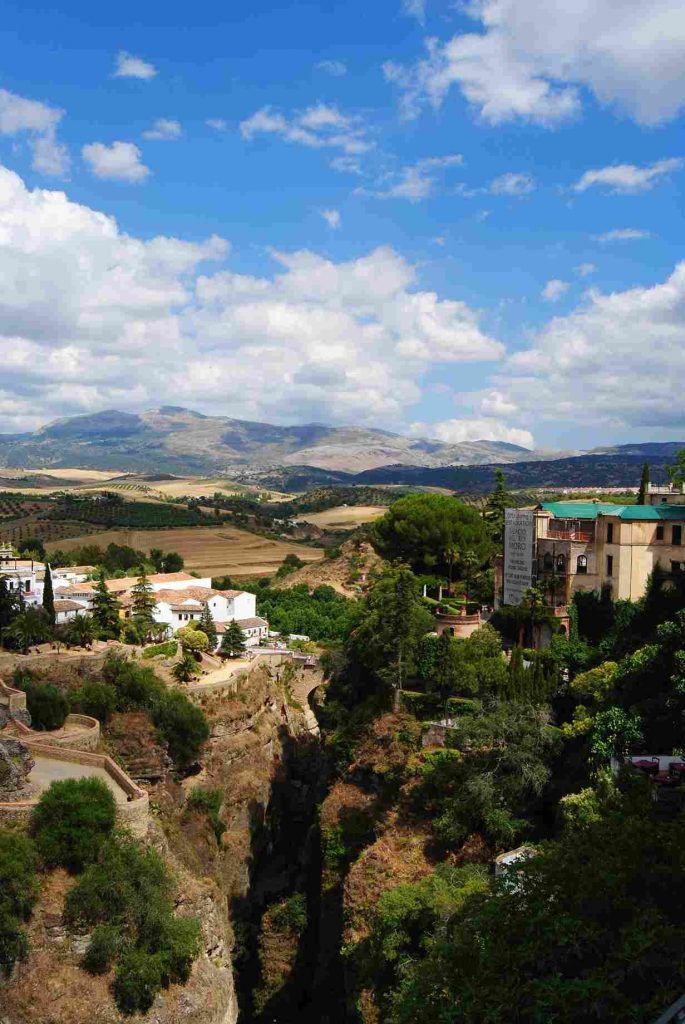 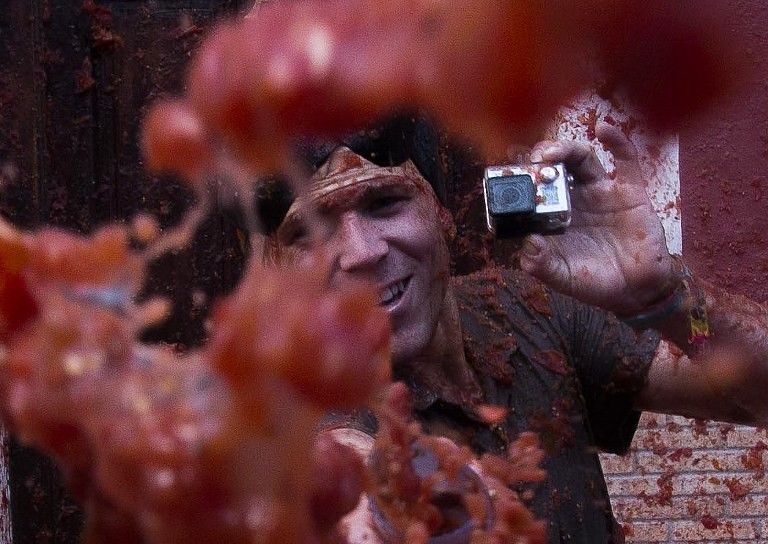 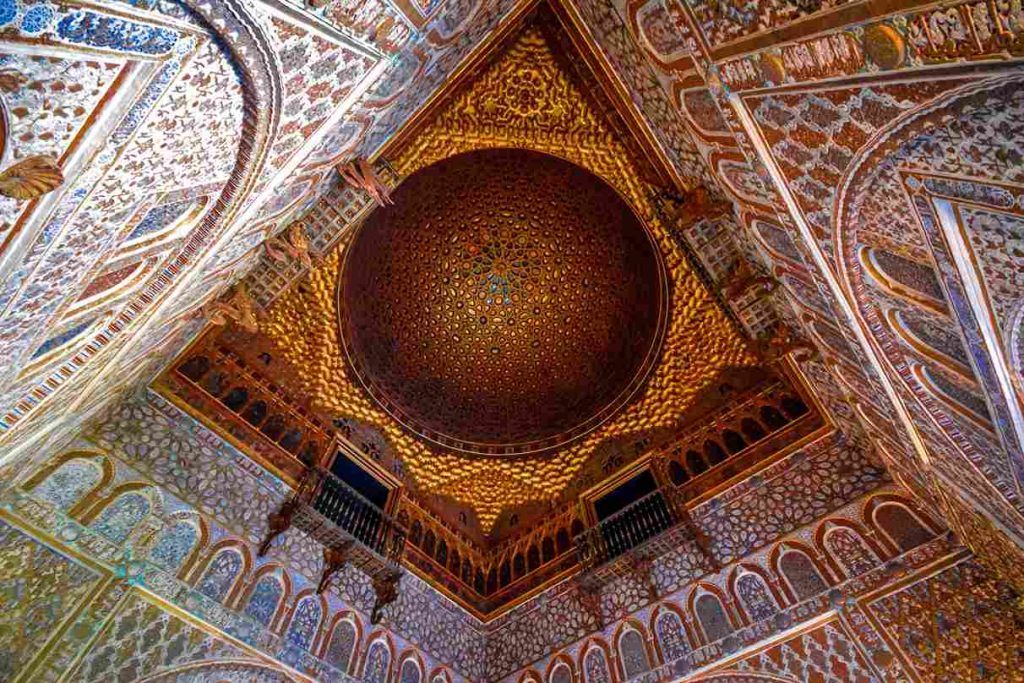 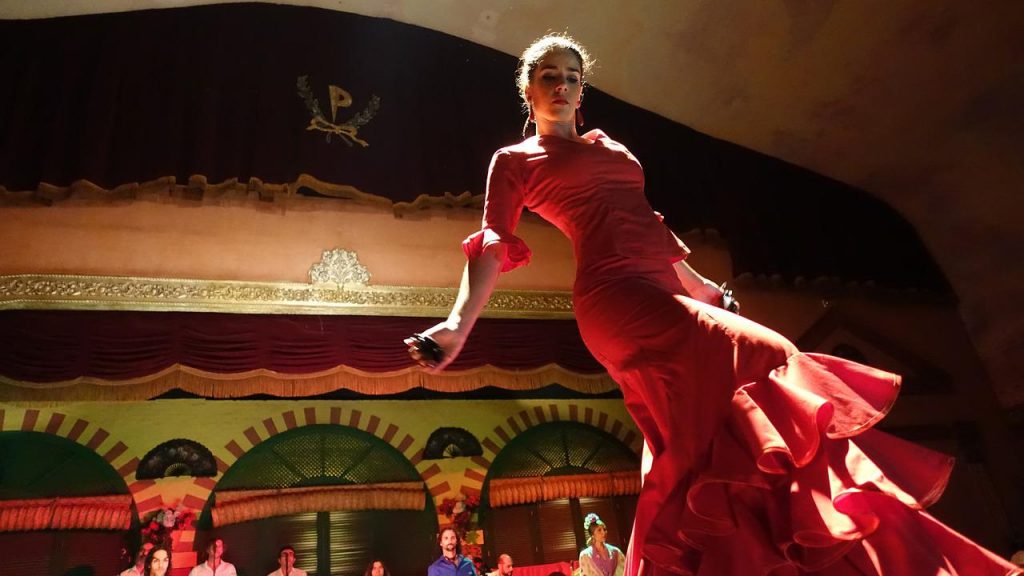 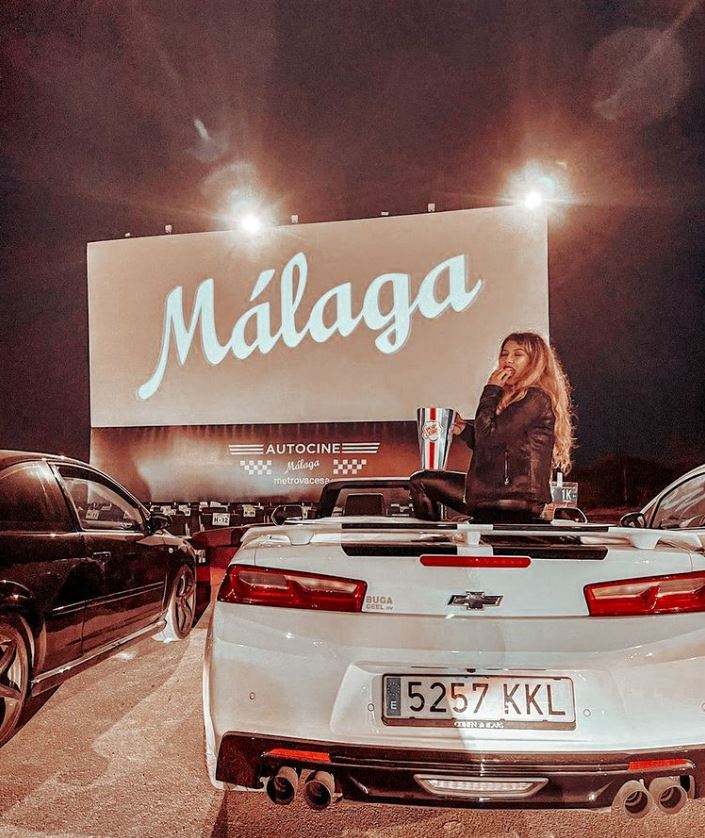