O Canada, our home and native land… Canada is the world’s largest country by total area, only second to Russia. Its official languages are English and French, due to the colonisation of the country in the 16th century. It is also part of the Commonwealth of Nations, meaning that it’s a member of the international association represented by the English monarchy. Queen Elizabeth II is the current Head of the Commonwealth. You surely already know this country indeed has a lot to offer. If you’re planning to visit some cities in Canada and don’t know which ones to choose, here are our recommendations for you. Pick your favourite, get ready for your travel and bon voyage!

Of course we should begin with Canada’s capital city. Ottawa is close to Montréal and near the border with the United States. It was first home to Indigenous Peoples and then to the colonisers too. The capital has lots of history and culture to offer, and it’s also home to a lot of colleges and cultural institutions. This is definitely a necessary stop to enjoy the perfect Canadian experience, from sights to culture and local food.

You can start your visit with the iconic Parliament Hill, the stunning gothic Parliament Buildings and the beautiful Parliamentary Library. What’s more, you can enjoy a great view of the Hill and the rest of the city from on top of Peace Tower, Ottawa’s highest point which we think can be a truly unforgettable experience. Then, proceed to visit the Canadian War Museum, where you can discover Canada’s military history and admire many exhibitions about different historical periods. Once you’re done, take some time to stroll along Rideau Canal, where you can also take a cruise in the summer. For more museums, check the Canadian Museum of Nature and the National Gallery of Canada. Near the latter you will also find the Notre-Dame Cathedral Basilica. As for traditional food in Ottawa, you should definitely try the Shawarma at Shawarma Palace, the Beaver Tails, and Caesars.

Toronto is another one of the cities in Canada that you definitely should visit. It’s the capital of the province of Ontario and the most populated city in Canada. Toronto is a very lively city where you can find lots of music, cinema activity and culture. It has attracted lots of tourists and immigrants for centuries and it still one of the most popular destinations in Canada.

In Toronto you will find the famous CN Tower, which you can admire from afar but also visit and get on top of it. On top you will find observatories and also restaurants and cafés where you’ll be able to enjoy amazing views of the city. If you want to visit some museums, we recommend you the Art Gallery of Ontario, the Aga Khan Museum and the Royal Ontario Museum. Also don’t forget to visit the City Hall and Nathan Philips Square, the Kensington Market area and, for some green spaces, High Park. What’s more, you could also take a day trip to see the famous Niagara Falls!

Another city to visit in Canada is Montréal. Located in the province of Québec, it’s the second-most populous amongst the cities in Canada and definitely worth to see. Its official language is French, since it was occupied by France in the 17th century. The city’s level of bilingualism is one of the highest in the country – both the influence of France and the Americans are still very visible today.

To begin your trip in perfect French style, see Montréal’s Notre-Dame Basilica. Then visit the Old Montréal area and the Old Port for stunning views and lively spaces where you can find lots of historic and cultural heritage. We also recommend visiting the Parc Jean Drapeau and the Jardin Botanique to enjoy some fresh air, discover interesting museums, and look at a great variety of vegetal species. Don’t forget to check the Musée des Beaux Arts and admire works from great artists such as Goya, Canaletto, Rembrandt, Miró, Monet, Kandinsky and much more. You also must try Québec’s specialty, the Poutine, which is a typical dish consisting in fries, cheese and gravy sauce. You can find it in lots of places, like Smoke Meat Pete, Blackstrap BBQ and Gibeau Orange Julep.

Another unmissable stop is Québec’s capital city. It was also the capital of Canada from 1859 to 1865, when Ottawa became the new capital and still is to this day. Like Montréal, the official language is French but the city is bilingual too. The historic district, Old Québec, is one of UNESCO’s World Heritage Sites.

You should begin your visit with the Cittadelle of Québec, a fortified military installation which is also a National Historic Site of Canada and the secondary royal residence. In Old Québec you can find the Musée de la civilisation, the Musée national des beaux-arts du Québec and the National Assembly of Quebec. Here as well you can visit the Basilica Cathedral Notre-Dame de Québec. Moreover, you should check Tetu House, where in the early 1940s Antoine de Saint-Exupéry, author of The Little Prince, was hosted. Finally, in Québec City you can’t miss the opportunity to try some local food. Our recommended choice are cretons, meat pie, baked beans and, of course, the Poutine.

We now recommend you Winnipeg, one of the loveliest cities in Canada, located in the province of Manitoba. It holds more than half of the population of the province and is mostly known for the Canadian Prairies, tourism and agriculture. It is surrounded by many lakes, including the Manitoba Lake and the Winnipeg Lake.

Some define this city as the “cultural cradle of Canada“. It is home to a lot of museums, such as The Manitoba Museum, the Winnipeg Art Gallery and the Canadian Museum for Human Rights. If you visit Winnipeg, you should also check the Legislative building, The Forks Market, the lively Corydon Avenue with its street art and varied cuisine, and Arctic Glacier Winter Park, perfect for when you visit the city during the coldest season. Winnipeg is also mentioned in the young adult novel Unhooking the Moon by Gregory Hughes.

Last but not least, among the most famous cities in Canada you also have Vancouver. Located on the Pacific Coast in British Columbia, you shouldn’t miss this Canadian gem which takes its name from the British explorer George Vancouver. It holds lots of cultural and ethnical variety. Moreover, it’s also known as “Hollywood North” for its high percent of cinematic production which goes alongside the ones from the most famous Los Angeles and New York City.

In Vancouver you can visit museums such as the Vancouver Art Gallery, the Fort Langley National Historic Site and the famous Museum of Anthropology. You should also see the beautiful and huge Stanley Park, the Richmond Night Market and the Lionsgate Bridge. Furthermore, you can take an Aquabus to Granville Island where you can find lots of interesting and entertaining activities to do, and eat local food at Mr. Bannock.

We also recommend you to check our article about worldwide national parks, where you will find information about Canada’s Banff National Park! You can find it here. 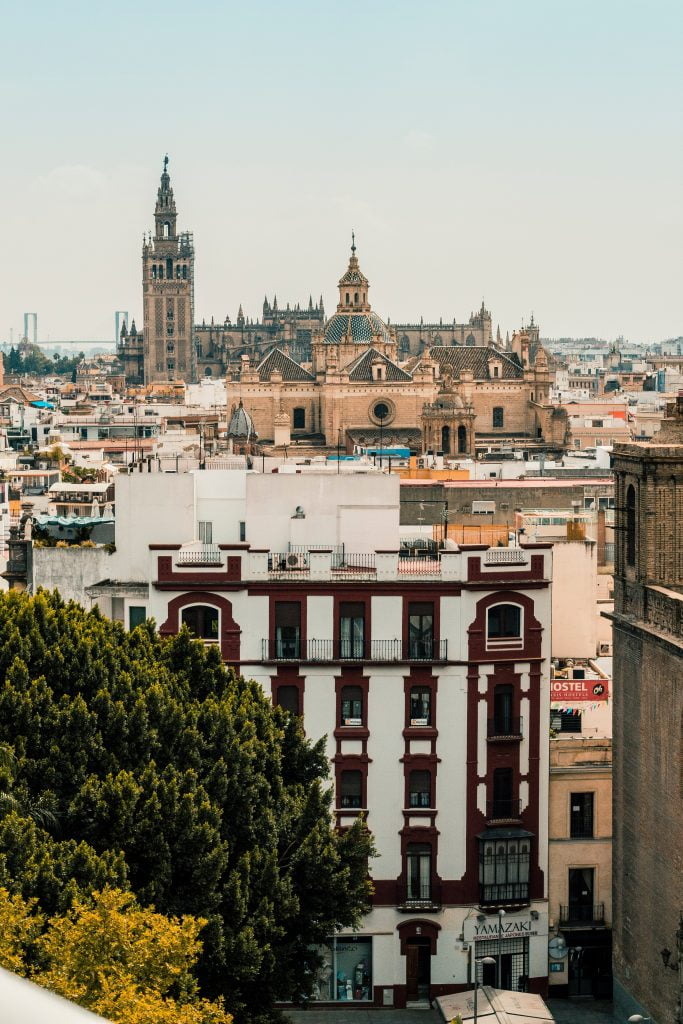